A lot of confusion arose among Flight Simmers, after the temporary (or not) shutdown of FSPilotShop. Since this issue arose, we have been contacted by many people who confused our store with FSPilotShop’s.

As we are aware that our store’s name might be somehow confusing, we want to clarify hereby, that we have no connection whatsoever to FSPilotShop.

Our company is called FSPS (Flight Simulator Platform Solutions) and it started 15 years ago as a flight simulator add-on development company, having released many best-selling products. At the beginning of 2017, we decided to expand our business by launching our own store named “FSPS Store”, which besides our own products also offers products from other manufacturers. Our store operated since then with zero downtime and unlimited, never expiring downloads per ordered product.

Our only connection to FSPilotShop is that for many years we used to sell our own products through their store. Unfortunately, after the above-mentioned issues with their store arose, we didn’t manage to get any response from them.

By closing this letter, let us once more mention and clarify that no connection exists between FSPS Store and FSPilotShop.

SOFLY : A Guide to Flight Simulator 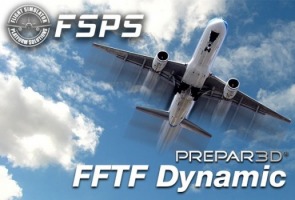 Only the Best Products for FSX, Prepar3D, X-Plane, AeroFly FS

Our team consists of hardcore simmers and we have a passion for quality. We will never promote or sale to you products from an unknown publisher that lacks of quality and service. This is our obligation to you!